The Arizona Fried Chicken and Beer: Chimac Festival was held at the Press Room in downtown Phoenix and gave a whole new meaning to Sunday Brunch. Chimac is a pairing of fried chicken and beer, served as anju, a Korean term for food consumed with alcohol. Imagine leisurely sharing a feast with about a thousand friendly people. Add a full bar, music, art, crafts, and a stage show, and you’ve got this event. The festival showcased delicious fried chicken from many different cultures worldwide, and so much more.

I could not help but to smile as I came to a stop at the first food stand, DreamersLove Sweet Treats. The ice cream stand was an adorable pink tricycle with an ice cream freezer attached to the back and a yellow oversized umbrella. The proprietor was dressed as one of Santa’s little elves. They had an assortment of popsicles, ice cream, and treats. As I perused the menu I my eyes stopped on the selection, Surprise Me, and therefore I had to try it. Dessert before the meal? Yes! Creamy, fruity, deliciousness swirled in my mouth from the first bite to the last.

The next stop was the Boba stand, SweetKicks. I ordered the Rose Butterfly with black boba, took a nice refreshing sip, and continued on. The smell of freshly cooked well-seasoned food filled the air. I did not know where to start, as I wanted to try a little bit of everything. There was an excellent array of fried chicken vendors from which to choose. The food trucks represented many cultures worldwide: Caribbean, European, Korean, Thai, the Pacific Rim, and of course, The United States of America.

Jasperz Island Fusion Cuisine presented jerk fried chicken, their unique take on a long time Caribbean favorite and of course I had to try it. I would not have minded taking home a bucket of fried jerk chicken, however, I had to settle for a plate, which included rice and beans. Alas, I needed a little break before I could eat any more and therefore I took a moment to take in the entertainment, peruse the non-food vendor booths, and enjoy a nice cold beer.

There were arts, crafts, a dance troupe, and an arcade as well. The artists showcased eye-catching collections of paintings and prints. The creativity and use of color caught my attention. K-Pop Dance Performance showed off their moves on the main stage inside. I took a seat and enjoyed the show. I stopped by DangerZone Arcade for a bit of gaming nostalgia, but before too long the smell of uber deliciousness lured me back outside and to the next food truck.

American Southern Soul food was well represented. Whitty’s Chicken and Fish tempted my taste buds with Slap Ya Mama fried chicken tenders and banana pudding. Mel N Libby’s Catering served up barbeque chicken with mac n cheese which was truly inviting. The most interesting was French Me, LLC with the debut of Zombie Bones. Their nine delectable MyHappy flavors, made it hard to choose just one, and therefore I mixed and matched. The Beignet and Coffee Shop offered a selection of Louisiana Cajun flavored wings and tenders, many of which were Keto friendly. Their light and fluffy incredibly delicious beignets were made fresh to order and was the perfect way to end a food-tastic day.

I walked away from this fried chicken and beer festival after eating so much more than I should have and yet, my only regret was, I could not try every dish that was offered. I did, however, take home two of the largest almond cookies I had ever seen, baked fresh at local Asian bakery, Happy Buns, as there was no way I was going to leave without a little something for my evening snack. I had fun at the The Arizona Fried Chicken and Beer: Chimac Festival. I met a lot of nice people and savored a lot of flavor filled food. I will definitely attend this event again. 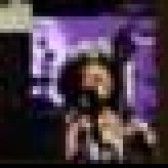